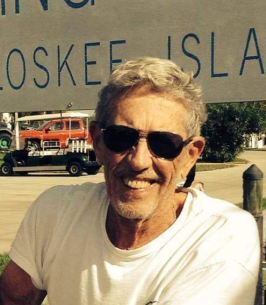 Born in Mishawaka, IN, he was the son of the late Lowell Russell and Phoebe Goss Mast. In addition to his parents, he was preceded in death by his brother, Lowell “Bud “Mast Jr. He was a member of St. Francis of Assisi in Franklin and St. Katherine Drexel in Cape Coral. Bob was a HAM Radio Operator (an active member of the ARRL) and a General Aviation pilot. He was a member of the Elks Club, the Waterway Cruising Club, and enjoyed RVing, traveling to most of the states in our country with his wife and daughters.

A funeral Mass will be at a later date.

In lieu of flowers, memorials can be made to the Eternal Word Television Network, Birmingham, AL.

Online condolences can be left atwww.maconfuneralhome