To share your memory on the wall of James Cunningham, sign in using one of the following options:

Born in Franklin, NC, he was the son of the late James Porter Cunningham, Sr. and Esther Minerva Clouse Cunningham. Jim attended Life Spring Community Church and was a motorcycle enthusiast who loved riding locally and long distance. He was an avid outdoorsman, very active in the Carson Community Club and was formerly a Carson Cemetery Committee Trustee. Jim was President of United Steel Workers Local 7202 and later began organizing for USW on a level that allowed him to travel the US and Japan. He retired from Duke Energy as a Quality Control Specialist after more than 35 years. Jim began his work with Nantahala Power and Light working on a survey crew, then as a lineman and later a powerhouse operator. He enjoyed serving others and loved his family and friends.

Jim is survived by his daughters, LeighAnn Cunningham of Sylva and Jessica McHan of Franklin; sisters, Brenda Elliott and Suzanne Williams, both of Franklin and one granddaughter, Kalyn McHan.

Funeral Services will be at 2:00 on Friday , November 20, 2020 at Macon Funeral Home with Rev. Bryan Lamb officiating. Burial will follow in the Carson Community Cemetery. The family will receive friends one hour prior to the service.

In lieu of flowers, memorial donations may be made to Hospice House Foundation of WNC, PO Box 815, Franklin, NC 28744

Condolences may be made to the family at www.maconfuneralhome.com

Receive notifications about information and event scheduling for James

We encourage you to share your most beloved memories of James here, so that the family and other loved ones can always see it. You can upload cherished photographs, or share your favorite stories, and can even comment on those shared by others.

Plant a Tree in Memory of James
Plant a tree
0 trees have been planted in memory of James Porter Cunningham Jr.
JA

Posted Nov 23, 2020 at 12:53pm
Dear Family,
Jim was such a good person. I have know him since I was a freshman in HS. He was always a gentleman, kind and ready to help. I know he loved his family and his friends. Jim was a hard worker, never idle. He will be missed by many. We will always remember his laughter. RIP my friend. Love and hugs to his family.
Always,
June H. Angel
Comment Share
Share via:
KW

Posted Nov 20, 2020 at 01:58am
Jim was always so nice and kind. I’m thinking of his family and sending sincere sympathy snd prayers. Rest In Peace, Jim.
Comment Share
Share via: 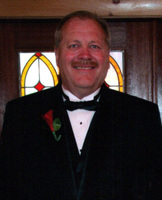 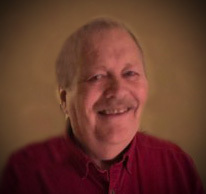