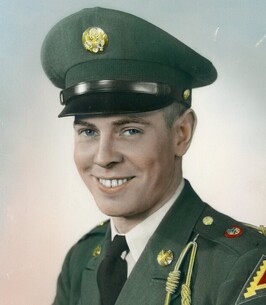 Howard Mitchell Henry of Franklin, NC, died at the age of 87 at Highlands Hospital. He was the son of the late George Henry and Mae Patterson Henry.

In addition to his parents, he is preceded in death by brothers, Norman, Harold and Howell Henry, and one sister Doris Henry.

Mr. Henry spent two years in the Army. He was a carpenter by trade and served as the self-help housing supervisor for Macon Program for Progress, where he retired.

Howard enjoyed gardening and raising beef cattle. He especially liked to share these activities with his son and grandchildren. He was also a NASCAR fan.

The family will receive friends from 2:00 to 3:00pm, on hour prior to the service at Macon Funeral Home. A funeral service will be held on Thursday, September 1st, at 3:00pm at Macon Funeral Home. Reverend Steve Reeves will officiate. Military honors will be presented by American Legion Post 108 and VFW post 7339. Burial will follow at the Wright Cemetery.

In lieu of flowers memorial donations can be made to the Wright Cemetery fund, 93 Daybreak Lane, Franklin, NC 28734.

Online condolences can be made a www.maconfuneralhome.com.