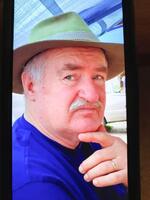 Born in Washington, he was the son of the late George and Katherine Nichols Anderson. In addition to his parents, he was preceded in death by three siblings, Cleveland Anderson, Georgia Mae Anderson, and Jeanie Myers.

Grover lived most of his life in Macon County. He was known to be an avid outdoorsman and for his love of fishing. He enjoyed flea marketing and antiquing, but what he cherished most was time spent with family and friends.

A memorial service will be 7pm on Tuesday, April 26 at Macon Funeral Home. Rev. Gary McCoy will officiate.

The family will receive friends from 6pm till7pm, one hour prior to the service at Macon Funeral Home.